A Letter from a Yale student to the Chinese American Community 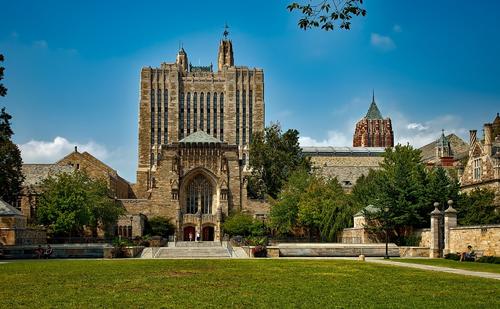 To the Chinese American Community:

My name is Eileen Huang, and I am a junior at Yale University studying English. I was asked to write a reflection, maybe even a poem, on Chinese American history after watching Asian Americans, the new documentary on PBS. However, I find it hard to write poems at a time like this. I refuse to focus on our history, our stories, and our people without acknowledging the challenges, pain, and trauma experienced by marginalized people—ourselves included—even today. In light of protests in Minnesota, which were sparked by the murder of George Floyd at the hands of racist White and Asian police officers, I specifically want to address the rampant anti-Blackness in the Asian American community that, if unchecked, can bring violence to us all.

We Asian Americans have long perpetuated anti-Black statements and stereotypes. I grew up hearing relatives, family friends, and even my parents make subtle, even explicitly racist comments about the Black community: They grow up in bad neighborhoods. They cause so much crime. I would rather you not be friends with Black people. I would rather you not be involved in Black activism.

The message was clear: We are the model minority—doctors, lawyers, quiet and obedient overachievers. We have little to do with other people of color; we will even side with White Americans to degrade them. The Asian Americans around me, myself included, were reluctant—and sometimes even refused—to participate in conversations on the violent racism faced by Black Americans—even when they were hunted by White supremacists, even when they were mercilessly shot in their own neighborhoods, even when they were murdered in broad daylight, even when their children were slaughtered for carrying toy guns or stealing gum, even when their grieving mothers appeared on television, begging and crying for justice. Even when anti-Blackness is so closely aligned to our own oppression under structural racism.

We Asian Americans like to think of ourselves as exempt from racism. After all, many of us live in affluent neighborhoods, send our children to selective universities, and work comfortable, professional jobs. As the poet Cathy Park Hong writes, we believe that we are “next in line … to disappear,” to gain the privileges that White people have, to be freed from all the burdens that come with existing in a body of color.

However, our survival in this country has always been conditional. When Chinese laborers came in the 1800s, they were lynched and barred from political and social participation by the Chinese Exclusion Act—the only federal law in American history to explicitly target a racial group. When early Asian immigrants, such as Bhagat Singh Thind, attempted to apply for citizenship, all Asian Americans were denied the right to legal personhood—which was only granted to “free white persons“—until 1965. When Pearl Harbor was bombed, Japanese Americans were rounded up, tortured, and detained in concentration camps. When the Cold War reached its peak, Chinese Americans suspected of being Communists were terrorized by federal agents. Families lost their jobs, businesses, and livelihoods. When COVID-19 hit the US, Asian Americans were assaulted, spat on, and harassed. We were accused of being “virus carriers”; I was recently called a “bat-eater.” We are made to feel like we have excelled in this country until we are reminded that we cannot get too comfortable—that we will never truly belong.

Here’s a story of not belonging: On June 19, 1982, as Detroit’s auto industry was deteriorating from Japanese competition, Vincent Chin, a 27-year-old Chinese American, entered a bar to celebrate his upcoming wedding. Ronald Ebens, a laid-off White autoworker, and his stepson, Michael Nitz, were there as well. They followed Chin as he left the bar and cornered him in a McDonald’s parking lot, where they proceeded to bludgeon him with a metal baseball bat until his head cracked open. “It’s because of you motherf––ers that we are out of work,” they had said to Chin. Later, as news of the murder got out, Chinese Americans were outraged, calling for Ebens and Nitz’s conviction. Chin’s killers were only charged for second-degree murder, receiving only charges of $3,000—and no jail time. “These weren’t the kind of men you send to jail,” County Judge Charles Kaufman said. Then who is?

Watching Asian Americans, I was haunted by the video clips of Chin’s mother, Lily. She is a small Chinese woman who looks like my grandmother, or my mother, or an aunt. Her face crumples in front of the cameras; she pleads and cries, in a voice almost animal-like, “I want justice for my son.” Yet, in all of Lily’s footage, she is surrounded by Black civil rights activists, such as Jesse Jackson. They guard her from news reporters that try to film her grief. Later, they march in the streets with Chinese American activists, holding signs calling for an end to racist violence.

On May 25, 2020, George Floyd, a Black man, was accused of using a counterfeit 20-dollar bill at a deli in Minneapolis. In response, Derek Chauvin, a White police officer, tackled Floyd and knelt on his neck for seven minutes. In videos that will later circulate online, for three minutes, in a pool of his own blood, Floyd is seen pleading for his life, stating that he can no longer breathe. Instead, Chauvin continues to kneel. And kneel. Meanwhile, in the background, Tou Thao, an Asian American police officer, is seen standing by the murder, merely watching. And watching. And saying nothing as Floyd slowly stops struggling.

I see this same kind of silence from Asian Americans around me. I am especially disappointed in the Chinese American community, whose silence on the murder of Black Americans has been deafening. While so many activists of color are banding together to support protesters in Minneapolis, so many Chinese Americans have chosen to “stay out” of this disobedience. The same Chinese Americans who spoke out so vocally on anti-Asian racism from COVID-19 are suspiciously quiet when it comes to Floyd’s murder (as well as Ahmaud Arbery, Breonna Taylor, Tamir Rice, Sandra Bland, Trayvon Martin, Michael Brown, Freddie Gray and countless other Black Americans who were killed merely for existing). I do not see us sharing sympathy for Black mothers who appear on television, begging, like Lily Chin, to see justice for their sons. I do not see us marching with Black protesters. I do not see us donating to Black-led organizations.

I do not see our outrage as White murderers, such as Vincent Chin’s killers, receive no jail time for killing innocent Black Americans. I do not see us extending any solidarity toward the Black protesters who have been sprayed with tear gas and rubber bullets—only a couple weeks after White COVID-19 “protesters,” armed with AR-15s, were barely even touched by policemen. Instead, I see us calling them “thugs,” “rioters,” “looters”—the same epithets that White Americans once called us. I see us, such as members of my own family, merely laughing off President Trump’s tweet about sending the National Guard to Minnesota, as if it were a joke and not a deadly threat.

I urge all Chinese Americans to watch media such as Asian Americans, to seriously reflect not only on our own history, but also on our shared history with other minorities—how our liberation is intertwined with liberation for Black Americans, Native Americans, Latinx Americans, and more. We are not exempt from history. What has happened to George Floyd has happened to Chinese miners in the 1800s and Vincent Chin, and will continue to happen to us and all minorities unless we let go of our silence, which has never protected us, and never will.

Our history is not only a lineage of obedient doctors, lawyers, and engineers. It is also a history of disrupters, activists, fighters, and, above all, survivors. I think often of Yuri Kochiyama, a Japanese American survivor of internment camps who later became a prominent civil rights activist, and who developed close relationships with Black activists, such as Malcolm X. “We are all part of one another,” she once said.

I urge you all to donate to the activist organizations listed below. I refuse to call for the racial justice of our own community at the expense of others. Justice that degrades or subordinates other minorities is not justice at all. At a time when many privileged minorities are siding with White supremacy—which has terrorized all of our communities for centuries—I want to ask: Whose side are you on?

All of those who have signed below have pledged to address/end anti-Blackness in our Asian American communities by committing to the following actions:

Click the following link of Google Form to sign your name if you are with us: [name, opt. affiliation]

FUNDS AND COMMUNITY EFFORTS TO DONATE TO:

Compiled by the Asian American Students Alliance at Yale.

I Run With Maud